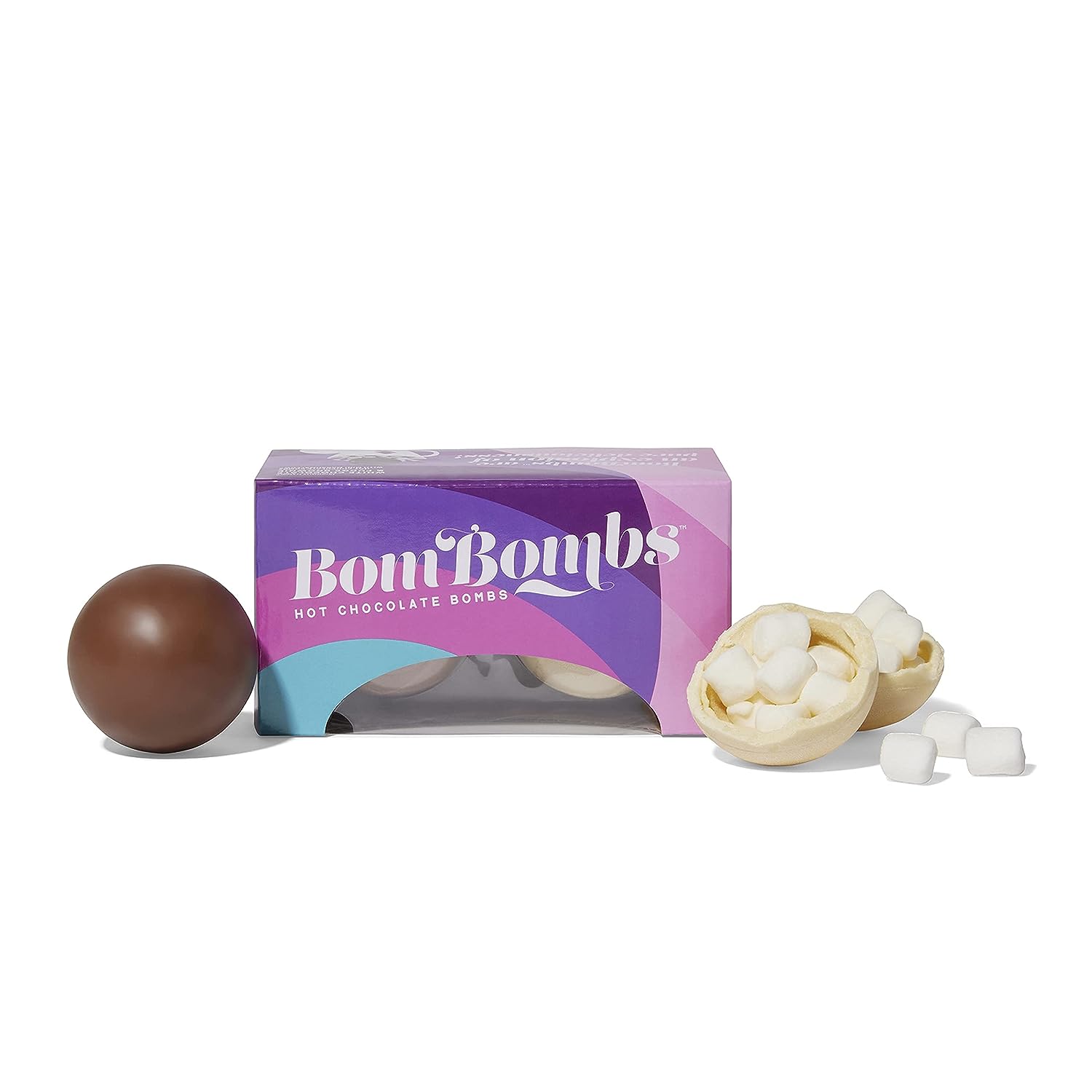 BomBombs Hot Chocolate Bombs, Pack of 2: Each pack comes inside a colorful window box with one milk chocolate cocoa bomb and one white chocolate cocoa bomb. Both BomBombs are 5.5cm in diameter and stuffed with Made-in-the-USA white marshmallows. Simply place your bomb in a mug, then pour 6oz of steamed milk over the top. Sit back and watch the chocolate sphere transform into a creamy cup of gourmet hot chocolate, aka magic in a cup. Stir well to dissolve and Boom! You just got BOMBED!